Forks Over Knives presents the connection between the food we eat and the diseases we suffer from. It seems so simple… what you feed your body will affect your health. But somehow most Americans either don’t understand this, don’t believe it, or simply can’t/won’t control what they eat –(undisciplined, lazy, don’t care or don’t know how to eat healthier).
The documentary hits theaters May 6, 2011 and will likely cause a stirring in the food industry.
The film’s site states,

“The feature film Forks Over Knives examines the profound claim that most, if not all, of the
degenerative diseases that afflict us can be controlled, or even reversed, by rejecting our present
menu of animal-based and processed foods.”

I couldn’t agree more. Just read, The China Study by Dr. T. Colin Campbell. If you thought the Standard American Diet (SAD) was healthy–it’ll shatter your belief. It’ll cut right through most of the garbage we’ve been taught to believe about what’s healthy and what’s not. And it’s served straight up from a doctor who once ate the average American meal: eggs, bacon, pancakes, milk, and toast every morning while growing up on a farm.

The filmmakers follow “reality” patients who suffer from chronic and severe conditions such as diabetes and heart disease. The two pioneering doctors in the whole foods, plant-based movement (Dr. T. Colin Campbell and Dr. Caldwell Esselstyn)–the stars of the film , teach these patients how to follow a whole foods, plant-based diet as the first approach to treating their diseases. The patients challenges and victories are revealed in the film.

It’s an outstanding and comprehensive film on the impact of a plant-based diet that gives all of us reason to think about the plant-based diet as a way to sustain ourselves and the planet. Join the movement and share this story with your friends–you could be inspiring them to eat healthier and live longer. 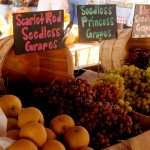 A Tour of a San Diego Farmers’ Market 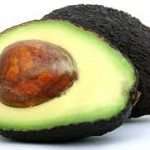