Rooibos Tea, A Dose Of Energry

This is an interesting tea that is often recommended to people who are wanting to transition off of coffee. Red bush tea is growing in popularity and some even say that its positive effects surpass green tea.  Rooibos tea is a red tea that is naturally caffein-free. Yet, it packs a powerful flavor and can energize your mood. Here are a few more  benefits.

Rooibos tea is loaded with antioxidants that can help your body by fighting free radicals which are unstable cells that attack healthy ones.  The tea, in some studies, has been shown to help fight cancer-causing chemicals.

Yet another benefit is the flavonoids in Rooibos tea which acts as a digestive aid to help ailments such as cramps, diarrhea, and indigestion. And, unlike coffee and black teas that contain a lot of tannins,  rooibos tea helps your body absorb iron because it has only half the amount of tannins that black tea has.

Give Rooibos tea a try instead of coffee one morning. It may take some getting used to but, sooner, rather than later you’ll enjoy waking up to hot cup of red bush tea! 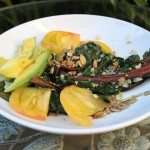 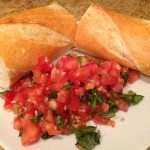