We’re blessed in southern California with a long growing season in the garden. Unlike many gardeners to the north, southern California green-thumbers can squeeze in another productive planting after the summer harvest and before winter rains and chill set in. There are some vigorous, low-maintenance culinary herbs for the southern autumn garden. Here’s a look at a few of our favorites, and how we like to use them in the plant-based diet.

Arguably, the best thing about growing herbs is that they are so versatile and pleasing to the senses. Gardeners can sow them directly in the soil, start them indoors or in a greenhouse, and divide them to start new plants if they take over. Widely available year-round in local nurseries and  plant centers, herb starter-plants and seedlings can ensure a strong start to your annual, biennial or perennial garden herbs. Culinarians use the leaves, roots, bulbs, stems, flowers and seeds of the plant to flavor their dishes. As an added bonus, culinary herbs are special as the ‘gift that keeps on giving.’ Even after they are dead and dry, you can store them for months and add them to your favorite recipes; versatile indeed.

Dill (Peucedanum Graveolens): What is not to love, about dill? First, it’s easy to grow. You can plant it by seed, or transplant it from October through March. Go ahead and sow directly in the ground in full sun, or use a raised-bed or Earthbox. It grows tall (18 -36 inches tall), so give it room. It’s known to ease colic in children, and clears bad breath when you chew the seeds. But here’s the best part: dill is an excellent remedy for, um, well, flatulence. In recipes, dill complements a plethora of food categories. Season rice, cous cous, hummus, eggs, and fish with dill. Dill is essential in pickling, and a common ingredient in soups and salads.

Flat-Leaf Parsley (P. crispum neapolitanum): In a culinary sense, parsley sometimes gets a bad wrap. Often mistaken as ‘just a garnish,’ parsley is frequently relegated to the outer-edge of the plate, tossed on moments before being served,  almost as an afterthought. Flat-leaf parsley though, is altogether different. Culinarians consider flat-leaf parsley as a legitimate ingredient with a stronger, more robust aroma and pronounced flavor profile. Gardeners know that it is easier to cultivate and is tolerant of extensive rain and the hot, dry sun. Here’s where the gettin’ gets good; Parsley is rich in vitamin C, and slows tumor-cell development. It also stimulates digestion. Anecdotally, flat-leaf parsley is believed to relieve itching, cleanse the blood and relieve muscle spasms. Tall order for the herb formerly known as,  ‘just a garnish.’

Fennel (Foeniculum Vulgare): It’s easy to be a little afraid of fennel. It’s not widely grown in western gardens, and looks a bit alien. It’s ungainly weed-like, feathery appearance tops a pudgy bulb that looks like half-onion-half-garlic. The Latin word for the plant translates to “hay”. Fennel is a prominent ingredient in Mediterranean recipes and Chinese spices. The bulb can be eaten raw or cooked, sauteed, stewed, roasted or steamed. Its anise flavor lends itself well to pasta, salads, risotto and vegetable dishes. Do you bake your own bread? Improve your artisan and rye bread formulas with toasted fennel seed. In the garden, fennel takes a lot of space. Plant bulbs 12-16 inches apart and give them plenty of head room since they will bolt up to five feet tall. Fennel has some medicinal qualities as well. Fennel tea, diluted with sodium bicarbonate and simple syrup is a home remedy known as “gripe water” for infants. Crushed and boiled seeds were a turn-of-the-century cough syrup, once-upon-a-time. 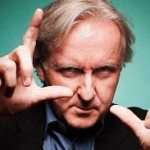