New Plant Based Foods Association Sprouts Up In Washington

The plant-based industry is sprouting up with new healthy advocates in Washington. A special association is planning to seed lobbyists with information about plant-based products just as other trade associations like the beef, pork, and poultry industries do for the companies they represent.

The Plant Based Foods Association is a new trade group that’s founded by Michele Simon, a public health lawyer and food policy advocate. The group represents makers of products that get their proteins from peas, soybeans, and other no meat sources.

While plant-based eating is still among the minority of diets followed in the United States, the sales of products that incorporate plant proteins is growing. Comparatively, over 2014 to 2015, plant proteins grew 8.7 percent (through retailers not including Whole Foods) whereas overall sales of food products only saw 3.7 percent growth, according to Spins, a company that collects dat on retail sales for the natural and speciality products industries.

With that kind of growth, it’ snot surprising that plant-based eating is becoming big business. Dozens of startups are making their way into mainstream venture capital firms and getting seed money to help grow their businesses. Califia Farms (a member of the trade group) makes plant-based milks and received $50 million in funding from an investor, according to CrunchBase.

Even brands that you might not think would have an interest in plant-based eating are finding their niche in the marketplace.

Campbell’s Soup president, Jeff Dunn, says there is a substantial shift toward consumer interest in plant-based diets. He notes that the interest in stemming from consumer belief that plant protein is healthier and less damaging on the environment.

Elizabeth Kucinich, a vegan advocate who is representing the Plant Based Foods Association. She’s the wife of the former congressman and presidential candidate (2004 and 2008) Dennis Kucinich.

The first serving of lobbying the organization will dish up is likely going to be for federal subsidies for plant-based milks to be served in school lunchrooms. Right now, schools are only reimbursed for serving dairy milk. Another challenge, will be trying to get the Food and Drug Administration and its Standards of Identity to be expanded. Currently, these standards determine which ingredients and quantities must exist in a food item such as cheese to be call the product “cheese”.
For instance, “cheese” made from nuts would not technically be allowed to call it “cheese” on packaging and labels. Thus, product makers were forced to use alternative names like: “cultured nut product”.

For those who love nut “cheese”, we know this just doesn’t do the products justice.

The Plant Based Food Association is a welcome addition for plant-based diet food lovers, even it Washington doesn’t have the same appreciation, it may come to find their is a growing group of plant-based supporters who are changing the future of food and the way we eat. 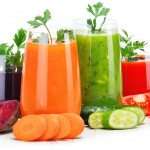 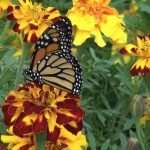 Getting Butterflies To Live In Your Garden