Our journey in life takes us on many surprising paths. For me, becoming a plant-based, whole-food consumer is perhaps the most shocking. You see, I grew up eating and loving to eat meat and dairy products. Oh sure, there was some sort of green vegetable that might make a cameo appearance on my plate and then get promptly shoved around underneath the meat and eggs, and then possibly consumed, if I hadn’t first become too full.

What changed my outlook about the consumption of meat might also change your mind, but even better it will most definitely improve your health. I have studied diets for about the last decade. Before that I followed the typical bodybuilder, American-way diet and simply tried to consume as much protein as possible…it is after all the favorite and highly regarded nutrient…but should it be? Admittedly, I had a negative bias against vegetarians/vegans. I thought they weren’t getting enough protein and I saw many of them consumed simple carbohydrates (packaged, sugary, fattening goods). At that time, I would’ve rather eaten a burger!

When my father died of prostate cancer, I began to look a little closer at his diet and the correlation to his poor health. He consumed lots of meat, fried, fatty and sugary foods, and, while not too much alcohol, he drank only little amounts of water, and plant-based foods hardly ever staked a claim on his plate. Although he was born in Bangkok, Thailand (where traditionally a more plant-based diet is consumed) when he immigrated to the U.S. as a young adult, he took on the Standard American Diet (which is indeed, SAD) and the diseases that are correlated with our culture.

My research led me to read, many books and medical studies including The China Study by T. Colin Campbell PhD, the most comprehensive epidemiological study done. In fact, The New York Times wrote, “[These] findings from the most comprehensive large study ever undertaken of the relationship between diet and the risk of developing disease are challenging much of American dietary dogma.”

It did indeed challenge my old dietary beliefs and maybe will yours as well. But, as they say, “The proof is in the pudding” or in this case the plants. Here are just a few facts that dispel the traditional dietary myths that we are constantly being bombarded with by strategic marketing campaigns. These facts will hopefully whet your appetite and make you crave more. I guarantee if you try a whole-food, plant-based diet, the way you feel—energized, alive, healthy, and happy—will keep you wanting and eating more of the same. Then when you read the research from the studies, you’ll be reminded that living healthy can be as close as your next meal.

“There are no nutrients in animal-based foods that are not better obtained from plant-based foods,” writes Campbell. This isn’t to say that protein, fats, and calcium aren’t present in animal foods—they are. However, just like wine, may have antioxidants, there are healthier choices that also contain antioxidants without the useless calories, such as fruits and vegetables. Antioxidants are primarily only found in plant-based foods. The level of antioxidants in animal foods is negligible compared to that found in plant foods–most animals that we eat, eat plants therefore any antioxidants present in animals are due to the animals’ consumption of plants during their lifetime.
A vital nutrient such as fiber, which is used to bind harmful free radicals and help increase efficacy in the elimination process, is only found in plant foods.

According to Campbell, a genetic mutation caused by a virus or environmental toxin can lead to the initiation of cancerous cells. After initiation happens, it is animal protein that seems to promote cancer growth thus the promotion stage begins. When a chemical or viral carcinogen is consumed or enters our body a very reactive product is produced. That product seeks out our DNA and then attacks it, binding to it tightly (known as a covalent bond to the DNA). And, “messes up the normal gene and changes it in a way in which it is now capable of forming cancer,” says Campbell. These are then called carcinogen DNA adducts which our body can rid most by excreting.

“However, there is a very tiny fraction that can escape and become part of the genes of the next generation of cells. When that happens, the new generations of cells—now they have a new gene, they have a cancer gene—and that cancer gene can over time grow into, it can start to replicate and divide and form clones of itself and can form a little nodule. And the nodule can grow bigger and bigger and eventually become a tumor,” explains Campbell.

Studies done in China reveal that only about 10 percent protein as a percentage of total calories is needed, but Americans usually get 11 to 22 percent protein, with 17 percent being the average—about 70 percent of the protein Americans consume comes from animal food sources (70 percent of the 11 to 22 percent). This is far too much and eating more than 10 percent of total calories from animal foods is what pushes us into a rising risk for cancer.

When you learn about how food is metabolized in the body, we see, among other unfavorable things, that with the consumption of animal-based foods there is a “tendency to increase the oxidation reactions in such a way that more free radicals are being produced,” says Campbell.

Although, the Chinese consumed more overall calories and fiber, they consumed significantly less of the more harmful fats, simple carbohydrates, and protein, resulting in better health and longer life. The Chinese also were more physically active than Americans.

Ultimately, the benefits of consuming animal-based foods, according to Campbell, are severely outweighed by the documented risks. The alternative, a whole-food, plant-based diet poses no such threats while still delivering all the vital and necessary nutrients to sustain a healthy life.

For me the experience is new and thrilling. As a long-time meat-and-dairy-product eater, it is also challenging and interesting to learn new recipes that satisfy me while giving my body exactly what it needs. The rewards in the short months that I have begun this life-changing eating pattern are amazing. I feel full of energy, greater overall health, and strength. My workouts are thriving and my mind is clear. I’m sleeping better, feeling lighter, less bloated, and ultimately living well. I’ll continue to share what I learn in my journey for good healthy living so that it might help you as well. 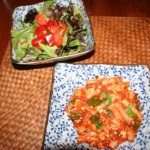 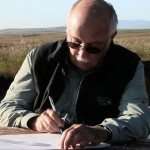