I wrote this for my friend, Sam… but it could be for millions of Americans…maybe even you?

It’s funny how our desire to receive pleasure often undermines our basic instinct to survive. I mean we think we’re creating a good life but that which we’re craving could be poisoning us. I know this all too well and have struggled with eating poorly simply because it tasted so good. But I think there comes a time in people’s lives when, after being exposed to scientific research, they can no longer deny the evidence. Sadly, that time often comes after a tragic incident has occurred.

You see, Sam, I don’t want that to be your story. You’ve already had a near brush with death and fortunately have been given another chance. I’m writing this letter to you out of compassion, concern, and my own selfish desires—I need you around in the years to come.

I know how good it feels to eat the very things that later make us ill or even kill us. I know you want to be around to see your grandchildren, to be with others, and to accomplish your goals. I know that’s what my dad wanted but never had the chance to do so because his diet killed him.

Oh, I know it’s a bold statement, but just think about how your life will be if your mouth continues to be the driving force behind what you eat, rather than your mind. When you have the knowledge and understanding about the importance of making healthy food choices then you can override your taste preferences. In fact, the less you eat junk food, the less you desire it.

Sam, remember that friend of ours who was vegetarian…and we thought she was nuts? Well, bless her heart, she was trying but she missed the most important part—the part of the diet that I want you to understand. You see, she was a junk food vegetarian. So, I remember you and I had a bad impression about vegetarians…they seemed unhealthy and we were right. Eating all those processed fatty foods, high in sugar, was indeed a poor diet.

But I read a book I know you’ll love because it’s based on scientific studies and is the most comprehensive research to-date on diet and the correlation to cancer and heart disease. What it reveals is simple and can save your life. If you eat a whole-food, plant-based diet, your cholesterol will surely drop. I heartily recommend going for this with everything you’ve got—remember your future relies on it. So it’s not a moderation thing. You’ve got to stop all animal-based food products now.

Here’s another fact to consider, today there’s an absence of coronary artery disease in rural Chinese, Papua Highlanders, Central Africa, and Tarahumana Indians, where their diet is primarily plant-based.

Then consider these other facts from a lecture I listened to by Dr. Caldwell B. Esselstyn, Jr. He’s been studying how to prevent and reverse cardiovascular disease since 1985. He reported that, by the age of 12 children have an internal medial thickening of their carotid artery to the brain… they’re not even teenagers! And he shared this from Lewis Kuller, M.D., “All males 65 years and older, and all females 70 years and older, who have been exposed to the traditional western diet have cardiovascular disease and should be treated as such.” Wow! It’s shocking. These people might not have had a heart attack yet. Instead, they might be suffering from the other effects of cardiovascular disease: dementia, frailty, hypertension.

Sam, this isn’t to scare you but my letter is intended to make you think about the choices you’re making and how they will impact your future health. I encourage you to research this a bit. The best part about research is the opportunity to learn something that you might find is a better way to live your life. And, you know what? I’ll have you over for dinner and I promise you this…you won’t miss the (SAD) Standard American Diet—instead, you’ll love the foods and your body will thank you! Healthy food can be delicious…check out my recipes. 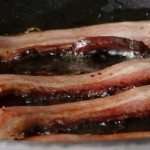 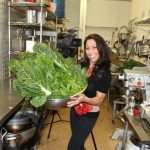 Why I Eat a Mostly Plant-Based Diet